Link to the slides

No new components are introduced this week

If you ordered the components on your own then you will have a chip called the 556 IC instead of two 555 ICs. This is just two 555 ICs packaged together into one chip. It was cheaper to buy many 555 ICs in bulk but one 556 IC for individual purchase. They work exactly the same just with a different pinout so I will discuss both.

From the article in the pre-reading, we know that in order to create sound we need to vibrate an object. As the object vibrates, it causes the air around it to vibrate which creates a sound wave that we can hear. A couple questions?

Why Use Two 555 ICs and How Does that make sound?

In this image we see a generic pulse wave. When the “negative half” and “postive half” are equal then we get the special case of the square wave. As we will see, when we change the width of these (in addition to the frequency) we will get different and interesting sounds. 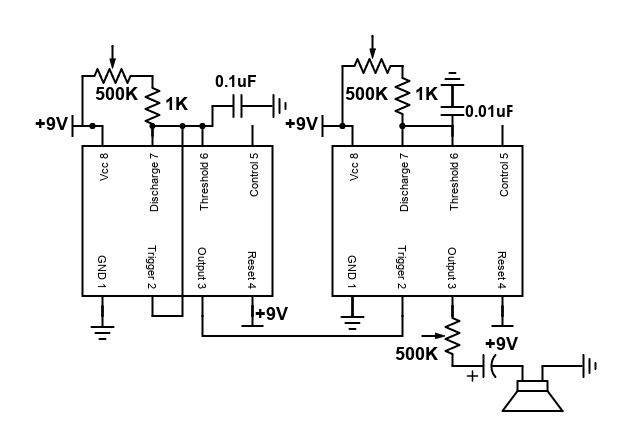 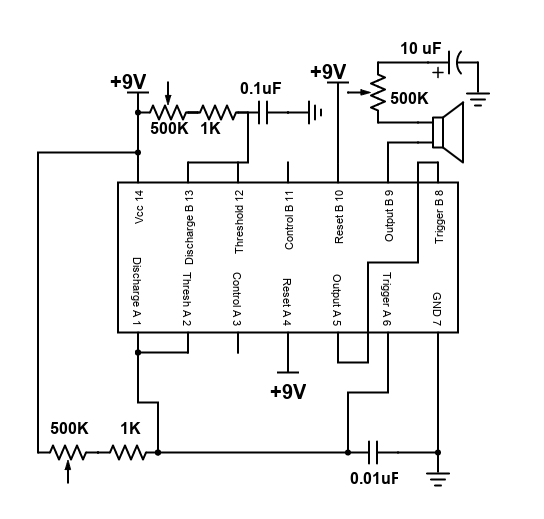 There is a slight mistake in the diagram for the 556. The capacitors should be swapped. However, I reccommend both configurations as an experiment to see which one creates better quallity sound If you look at the circuit closely you will see that there isn’t anything new except the output to the speaker/earbuds

Assembling this circuit should be straightforward given that a very similar circuit was assembled last lesson. The tricky part that is a bit subtle is understanding how connecting the these two chips together alters the waveform.

The left circuit (bottom circuit for 556)

The right circuit (The top circuit for 556)

What is happening between these two circuits

To understand what is happening let’s look at a timeline 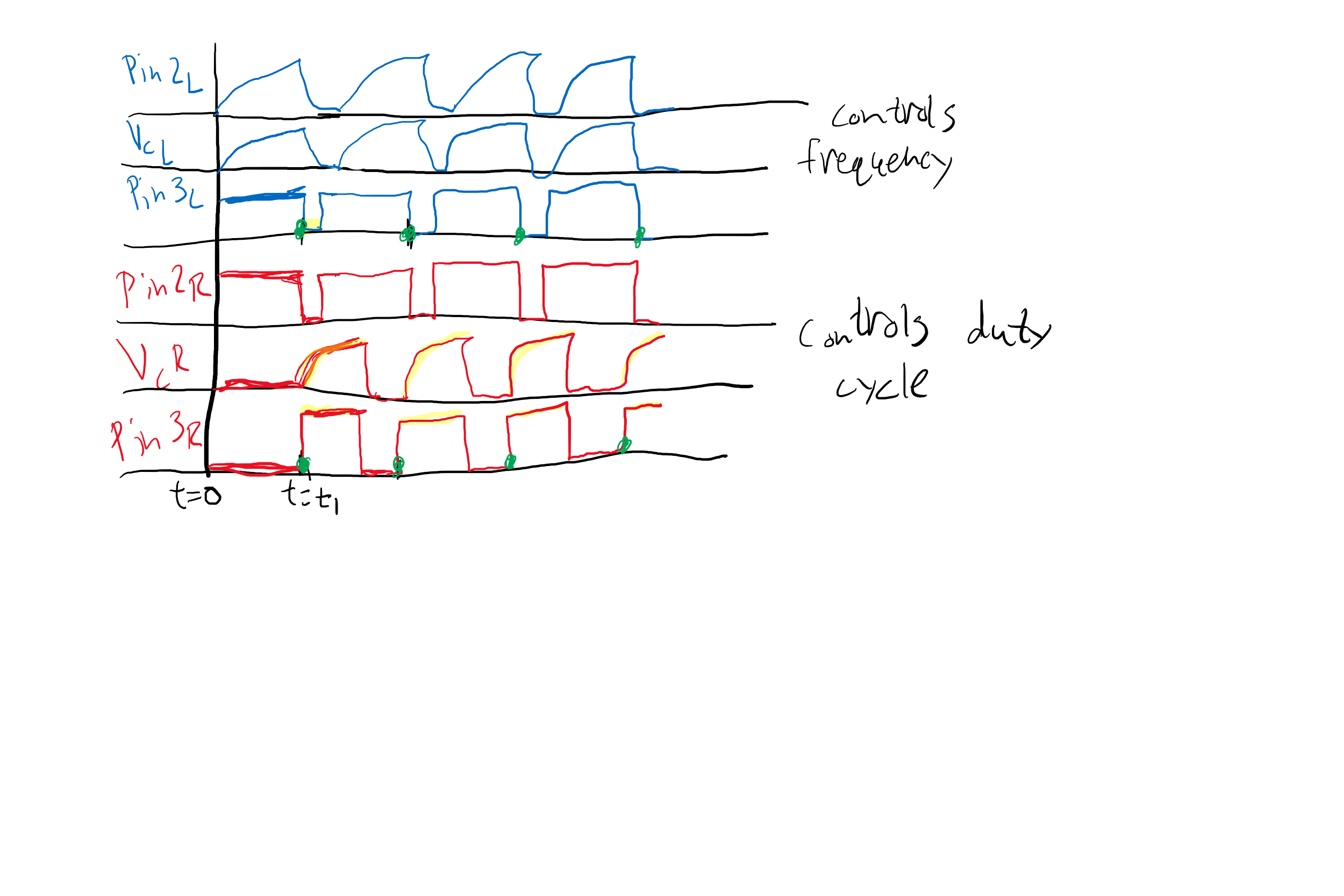 This timing diagram should give you an idea of how each 555 controls the output.

Choosing different capacitor values will result in different output. I found that these values work best and give a nice output. See what happens when you switch the capacitors.

The following is the diagram of the breadboard circuit. Be very careful when placing the audio jack because the legs are fragile. Once you place it into the board, I don’t reccomend taking it out. In fact, this will be the final location of the this circuit for the final project so we won’t need to move any of these components.

These diagrams are quite messy as it is hard to show where all the components are without overlapping. Note the color of the wires here, I chose them specifically so that you won’t have to figure out which lengths to use.